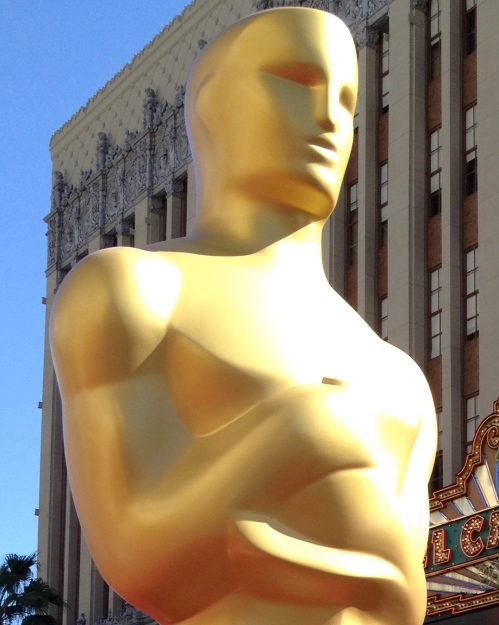 There’s a way to bring in youthful viewers without turning off your core audience.

I look forward to and love watching the Oscars every year, and because I’m a woman and over forty I’m part of what’s called their core audience.   I found many things to like about Sunday night’s show including the musical numbers, Adele, and Barbra Streisand, but I wasn’t keen on Seth MacFarlane’s hosting performance.

The producer’s stated goal was to increase ratings amongst younger viewers and they succeeded  – the show’s ratings were up by 2% overall and by 11% among ages 18 -49.  Because of those numbers the producers have said that they’re ignoring the critics (and charges of anti-Semitism and insensitivity towards women) and would gladly ask Mr. MacFarlane to return.

Luckily for people like me, Seth MacFarlane has already answered, “No way!”

I’m not saying he’s not talented.  That sock puppet film was indeed funny.  He can sing and dance, and clearly he’s very successful.  He’s also been an excellent host on other shows.  In fact, he hosted a few of the Comedy Central Roast’s that I worked on and by all accounts he did a wonderful job.

But what made him work so well on the Roasts is that he delivers his jokes with an air of superiority – you get the idea that he thinks he’s the smartest man in the room – that’s just his style.  On celebrity Roasts the host is supposed to act superior to the Roastee and the celebrities on the dais, and that’s why he was received so well on those shows.

Unfortunately that same comic delivery doesn’t work at the Oscars, when you have a room full of the most talented actors and skilled filmmakers in the world as your audience.  Seth MacFarlane was not the smartest man in the room and what the producers hoped would be irreverent, came off as mean-spirited and rude – he just seemed like a bitter boy trying to get revenge on the popular crowd.

Since the Academy Awards are first and foremost a celebration of films and the people who make them, they need to have a host who at least pretends to like or admire the people in attendance.  Many have suggested Tina Fey and Amy Poehler as the obvious choice for next year and that would be great, but I’m betting that the Hollywood Foreign Press signed them up for a return spot on the Globes before this year’s show rolled credits.

So who else could host the Oscars?  Who could attract a younger audience without pissing off the core audience?

I’ll tell you who – Justin Timberlake.

It hit me when I watching this year’s Grammys.  Justin Timberlake and Ryan Seacrest were presenting a multi-part piece along with the Grammy president.  As I watched them go back and forth introducing the segment, something surprised me – Justin Timberlake managed to upstage Ryan Seacrest.  That’s not an easy thing to do considering Ryan probably spends more time hosting each day than he does sleeping.

But it was true:  Justin Timberlake was funny and charming and simply had a better command of the stage, and that’s what you want from a host.   Like a captain of a ship, or the coach of a team, you want a host who takes charge of the show with complete confidence and ease.

You want someone who you’re excited to see each time he/she walks out on stage, who’s charismatic and likeable, and who you’d enjoy having in your living room for three and a half hours.  And who wouldn’t want Justin Timberlake to drop by their house for an evening?

Obviously JT can sing and dance and has great stage presence, but as demonstrated in his many appearances on Saturday Night Live, he has great comic timing and delivery.   So why not hire him to host, let him do a little singing and dancing, and then contract out to writers from SNL, Conan, or Jimmy Kimmel to make funny films that he could star in?

He certainly has all the qualifications the Academy wants:  he’s acted in quite a few films and will likely appear in many more.  He’s got a new hit album, he’s incredibly popular, and he would certainly attract the youth audience that the network and producers are after.

And I can almost guarantee that women won’t be angry with the Academy or the network the next day.