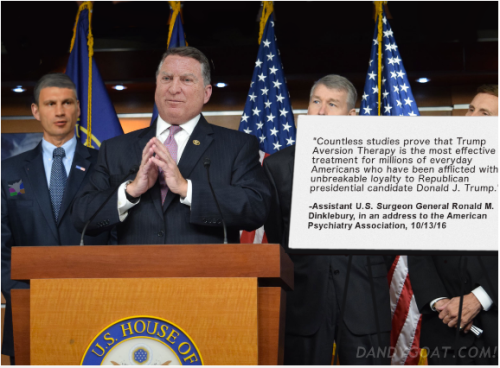 The measure’s sponsor, Rep. Richard Whiteman (D-Ohio), said the bill would provide cash incentives to those willing to be rehabilitated.

Details of the therapy have not been released, but sources confirm the Trump Aversion Therapy (TAT) would include the administration of the nausea-inducing drug apomorphine while participants watch Fox News’s Sean Hannity, read stories on Breitbart News, and of course, view clips of Donald Trump’s  (click here to keep reading)